Kenneth Levy, PhD, is a tenured Associate Professor in the Clinical Area in the Department of Psychology at the Pennsylvania State University, where he directs the Laboratory for the Study of Personality, Psychopathology, and Psychotherapy. He has had a faculty appointment in the Department of Psychiatry at the Weill Cornell Medical College since 2000.  He is a Faculty Fellow and a member of the steering committee at the Personality Disorders Institute (PDI) and has been both a Principle Investigator and co-Principle Investigator on many of the central projects to the PDI  over the last 10 years.

A broadly trained clinical psychologist, Dr. Levy’s research interests bridge the areas of social, personality, and developmental psychology.  His main research interests are in attachment theory, personality disorders and psychotherapy process and outcome. Within these areas he focuses on social cognitive contributions to interpersonal relationships, emotion regulation processes, psychopathology, and behavior change.  His research is informed by a psychoanalytic theory and a developmental psychopathology framework.  He employs methods from experimental psychopathology and intervention science.  In his research he has utilized both psychoanalytic measures and fMRI, EEG, and other neurocognitive assessment measures.  His goal is to understand the mechanisms involved in the development and maintenance of personality disorders, with the ultimate goal of developing and studying treatments that directly target these mechanisms.

Dr. Levy has authored more than 100 articles and chapters and has published in a number of top tier journals such as the Journal of Personality and Social Psychology, American Journal of Psychiatry, Development and Psychopathology, the Journal of Consulting and Clinical Psychology, PNAS, Neuroimage, and Psychological Science.  Dr. Levy’s research has been featured in Newsweek and Scientific American among other media outlets.  His work has led to his selection as an Early Career Fellow and as an honorary member of the American Psychoanalytic Association, a Young Investigator Award from the National Alliance for Research in Schizophrenia and Depression, and early career awards from the Society for Psychotherapy Research and the American Psychological Association Division of Psychotherapy.  He has also won the Outstanding Scientific Paper Prize by the Committee on Scientific Activities of the American Psychoanalytic Association and research awards from the Society for a Science of Clinical Psychology, the New York State and Connecticut State Psychological Associations, Cornell Medical College, and the City University of New York.

Dr. Levy was awarded the Raymond D. Fowler Award from the American Psychological Association for outstanding contributions to the professional development of psychology graduate students and was selected by the Penn State Psi-Chi Chapter as the Psychology Department Professor of the Year.  He has successfully mentored a number of his graduate students through the publication and funding process. Three of his graduate students have received NIMH funding for their dissertation projects, and professors Meehan and Cain, former graduate students, are currently in faculty positions.

Dr. Levy maintains a part-time private practice in State College, PA where he works with child, adolescent, and adult patients across a wide range of psychopathology in psychodynamically-oriented individual psychotherapy but with a specific focus on personality disorders.  He also consults in New York City and White Plains, New York.

Back to TFP Staff and Fellows. 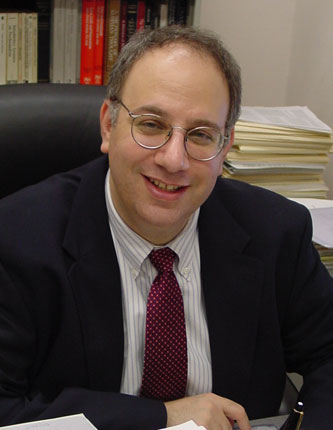