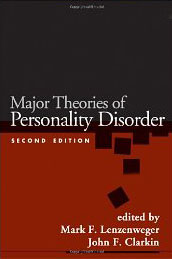 Now in a fully revised and expanded second edition, this landmark work brings together in one volume the most important current perspectives on personality pathology. Chapters from leading experts have been extensively rewritten to reflect a decade's worth of significant theoretical, empirical, and clinical developments, and two entirely new chapters have been added. Coverage encompasses psychodynamic, interpersonal, attachment, ecological, psychometric, and neurobiological models, all presented in a consistent format to facilitate ready reference and comparison. The volume also explores similarities and differences among the various theories, identifies potential avenues of integration, and discusses key implications for research and clinical care.

"This superb volume offers an up-to-date presentation of the major theoretical approaches to disorders of personality. Aside from including more recent neurobiological thinking, this edition benefits from the ability of such major theorists as Otto Kernberg and Aaron T. Beck to continue to revise their theories in the light of new data, and to present their theories concisely and with clarity."

"This second edition continues to challenge received wisdom as to what the major theories of personality are, treating both personality theory and its uses in the service of informing the practices of psychotherapy as open concepts. Psychopathologists and clinicians will find plenty to expand their horizons, and personologists will be alerted to the dynamic changes from evidence-based research in their own territory."

"This second edition represents a major revision of the original, and, more importantly, it continues to distinguish this work as the authoritative reference on the topic. Lenzenweger and Clarkin have assembled many of the world's leading authorities on personality pathology to present a superb array of theories. The contributors cover the waterfront, with models ranging from neurobiological to interpersonal. The volume remains peerless and will surely engage readers at all levels of expertise."

"Lenzenweger and Clarkin have produced a book that provides outstandingly useful information for researchers and students of personality theory and psychopathology, as well as for the clinician dealing with the personality disorders in a practical setting. They have assembled comprehensive chapters by experts in the theories concerned, together with thoughtful discussion about the directions in which future research might progress. This combination of theory, practice, and research is of critical value. It belongs on the desk of every serious student of psychopathology and personality."

Mark F. Lenzenweger, PhD, is Professor of Clinical Science, Cognitive Psychology, and Behavioral Neuroscience in the Department of Psychology at the State University of New York (SUNY) at Binghamton and Adjunct Professor of Psychology in Psychiatry at the Weill Medical College of Cornell University, New York City. He also directs the Laboratory of Experimental Psychopathology at SUNY Binghamton, where he conducts research and teaches on personality disorders, schizophrenia, schizotypy, and statistical methods.

at the State University of New York at Binghamton, Senior Research Fellow at the Personality Disorders Institute, and Adjunct Professor of Psychology in Psychiatry, Weill Cornell Medical College.

John F. Clarkin, Ph.D., is Codirector of the